Yemen/UAE: The return of Yemeni detainees from Guantanamo begins after a very hard course 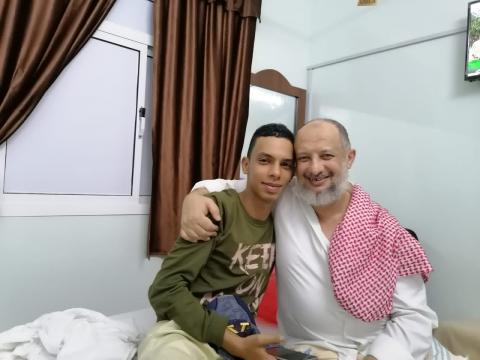 A first batch of Yemeni Guantanamo detainees held in the UAE has arrived in Hadramot, including six of the 18 detainees hosted by the UAE government which has failed to honour its commitments to them.
The UAE's return of Yemeni Guantanamo detainees comes after a very difficult journey that lasted about 20 years, following extensive media and human rights campaigns.
Some of the families of the released detainees have told Alkarama that they have received calls from their relatives confirming that they are in good health and the families ask to can come to welcome them from the Yemeni authorities in Hadramot , in southern Yemen. Those released are: Khaled Al-Qudsi, Suleiman Al-Nahdi, Abdo Muhammad Al-Muhajiri, Saeed Ahmed Al-Sarem, Muhammad Nasser Khasrouf, and Muhammad Ahmad Saeed.

Alkarama's activity
Over the years, the issue of Guantanamo detainees has been at the forefront of Alkarama's concerns, through various support and advocacy mechanisms, it has organised or participated in numerous events and field activities alongside the families of the detainees and non-governmental organisations, in order to highlight the suffering of the victims of this infamous detention centre and their families.
Despite this breakthrough in the tragedy of the Yemeni detainees in Guantanamo, Alkarama expresses its concern for the fate of the others and calls for their immediate and unrestricted release and safe return to their families as well as compensation for the harm they have suffered.
Last October, UN human rights experts condemned the UAE for the arbitrary detention and ill-treatment of Yemeni detainees returning from Guantanamo Bay, expressing concern about the risk of their forced return to their country, Yemen, in the light of the continuing armed conflict and humanitarian crisis.
According to human rights sources, about 39 detainees of different nationalities are still held in Guantanamo, about half of them Yemenis, and it has been decided to release two Yemeni prisoners: Abdul Salam Al-Hela and Ali Al-Haj Sharqawi, and the latest files revealed that the latter was tortured during his interrogation by the Central Intelligence Agency after his arrest in Pakistan in 2002.
Documents released by the Pentagon's Periodic Review Board, which evaluates the cases of Guantanamo detainees every period, showed that their release was approved on 8 June 2021, but Alkarama has not received any information on the implementation of the decision.
A 2019 report by Physicians for Human Rights indicates that Ali Al-Haj Sharqawi suffers from a number of health problems, some of which were exacerbated in 2017 by his multi-week hunger strike.

(*) The photo shows Mr. Al-Muhajiri, a returnee from Guantanamo, with his son, who was a fetus in his mother's womb at the time of the arrest.