TUNISIA: SALAH ATTIA'S CONVICTION BY A MILITARY TRIBUNAL BROUGHT TO THE UN 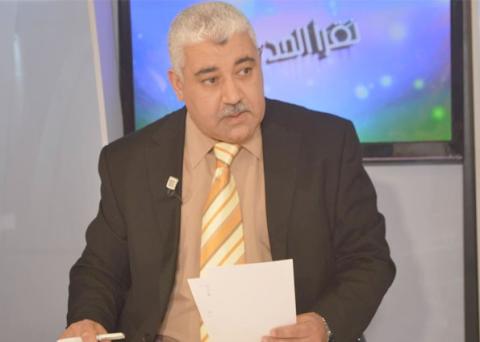 On 17 August 2022, Alkarama and the Association of Victims of Torture in Tunisia (AVTT) addressed the UN Special Rapporteur on the promotion and protection of the right to freedom of opinion and expression regarding the case of Mr Salah Attia, a journalist and political analyst, who was sentenced on Tuesday to three months in prison by the Permanent Military Tribunal of Tunis.

Mr Salah Attia was arrested on 11 June 2022 by agents in civilian clothes while he was in a café in the Ibn Khaldoun district.

The journalist arrested for his comments on the Al Jazeera channel

The journalist was arrested following his statements on Al Jazeera about the refusal of the Tunisian army to comply with an instruction from President Kaïs Saïed to lay siege to the offices of the Tunisian General Labour Union.

The day after these statements, he was arrested by agents in civilian clothes who took him to the Al Aouina military base where he was questioned by the military investigating judge about his sources of information.

The journalist, who invoked the provisions of Decree-Law No. 2011-115 on freedom of the press, printing and publishing, refused to reveal them and challenged the competence of the military court to prosecute him. Following his hearing, Mr Salah Attia was placed in solitary confinement in a cell without light before being transferred to Mornaguia prison, where he is currently being held.

On Tuesday 16 August, he was sentenced to three months' imprisonment by the Permanent Military Court of Tunis on the pretext of "undermining the security of the State and the morale of the army".

Conviction for using his right to freedom of opinion and expression

Mr Salah Attia is a well-known figure in the peaceful struggle for democracy and human rights in Tunisia. As a political analyst, he is often invited on international media platforms to express his views on the situation in his country.

It is clear that the conviction of the journalist by a military court, clearly incompetent, following his statements to the Al Jazeera television channel, constitutes a clear violation of his right to freedom of opinion and expression guaranteed by the International Covenant on Civil and Political Rights, ratified by Tunisia in 1969.

This conviction, which constitutes a serious reprisal for his professional activities, is a direct threat to press freedom and the entire profession of journalism in Tunisia and reflects the desire of President Kaïs Saïed to restrict the right to freedom of opinion and expression and to muzzle all peaceful dissent.

Since 25 July 2021, prosecutions before military courts have increased and many civilians have been charged under the pretexts of "an attack aimed at changing the form of government", "inciting citizens to arm themselves against each other", the imputation "to a public official (...) of illegal facts relating to his functions (...) without establishing their veracity", or "insulting the army".

The independence of the judiciary, which is still a major problem today, continues to be threatened by the unilateral decisions of the president, who imposes himself as the sole source of all powers and legislates by decree.

In a statement dated 6 February 2022, Mr Kaïs Saïed decreed the dissolution of the Superior Council of the Magistracy (CSM), the independent body responsible for appointing magistrates, indicating that it “will be replaced by another legal body”.

On 13 February 2022, the President signed a decree-law creating a "provisional" Supreme Council of the Magistracy and "gave himself the power to dismiss judges and prohibit them from going on strike". He appointed the members of this "provisional" body, de facto taking over the judiciary, despite the concerns expressed by the majority of the political class on this issue.

The suspended magistrates appealed to the administrative court, which decided on 10 August 2022 to suspend the application of the presidential decree concerning the dismissal of a number of magistrates.

The human rights situation in Tunisia remains particularly worrying in the run-up to the 4th review of the State party in the framework of its next universal periodic review by the United Nations Human Rights Council, scheduled for 2 to 18 November 2022 in Geneva.