Tunisia: Alkarama Submits its Follow-up Report on the Recommendations of the Committee against Torture 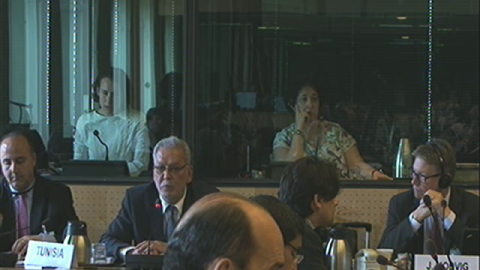 In view of the follow-up to the third periodic review of Tunisia by the Committee against Torture (CAT), Alkarama submitted to the Committee its evaluation report on the implementation of the priority recommendations issued by the experts following the review of May 2016. The purpose of this report is to determine whether the authorities are working towards a resolution of the most important issues within a year after the review before the CAT. Among the recommendations, the experts identified the renewal of the state of emergency, the security and justice sector’s reform and the limits on the mandate of the Truth and Dignity Forum (IVD).

In its follow-up report, Alkarama highlighted failures in the implementation of some of the recommendations, including the effects of the state of emergency on the fundamental freedoms and the limits of the Truth and Dignity Forum’s mandate. The report also provided an opportunity to raise the recent conviction of Ms. Najet Laabidi, a lawyer for victims of torture.

The worrying consequences of a constantly renewed state of emergency

The continued renewal of the state of emergency by President Béji Caid Essebsi, with the latest extension on 15 June 2017, leads to an extension of measures restricting individual freedoms, particularly in the context of the fight against terrorism. Indeed, the state of emergency is based on a presidential decree of 1978, which gives in its Article 5, authority to the Ministry of the Interior to order the house arrest of anyone whose “activities are deemed to endanger security and the public order.”

Alkarama pointed out that the 1978 Decree does not respect the fundamental rights and freedoms of the persons covered by those measures. The text does not provide for an independent judicial review of the numerous measures of house arrest imposed in the context of the fight against terrorism.

Prosecution of Ms. Najet Laabidi, lawyer for torture victims: example of the insufficiencies of the judicial and security sector’s reform

The conviction of Ms. Najet Laabidi to a six month imprisonment suspended sentence pronounced on 10 May 2017  by the Tunisian Court of First Instance for defamation, following a procedure tainted by numerous irregularities, was also brought to the attention of the CAT experts. The lawyer represented the victims of torture in the so-called "Barraket Essahel" case, involving 244 soldiers tortured and accused of an attempted coup in 1991. As part of her mandate, Ms. Laabidi found numerous inefficiencies and publicly disclosed the breaches of the Military Court and its bias regarding this case.

Thus, Alkarama reported this conviction, denounced by many Tunisian lawyers, seen as a form of retaliation against Ms. Laabidi for defending the right of her clients to an effective remedy against procedural irregularities.

In its concluding observations, the Committee noted that the State party only granted the IVD five years to shed light on the violations committed for nearly 60 years and that it already received 28,087 complaints, including about 20,000 complaints on torture and ill-treatment. In this regard, the Committee recommended that the State party provides the Forum adequate resources to enable it to effectively carry out its mission and ensure that complaints on torture and ill-treatment be transferred to an independent investigatory authority, once the mandate completed.

No changes in the duration of the IVD’s mandate or its budget have been announced by the authorities, even though those shortcomings jeopardise the right to reparation for the many victims of serious human rights violations committed under the former regime. Alkarama therefore recalled the obligation for the State party to adopt a reparation policy with clear and non-discriminatory criteria and to guarantee the right of victims to take legal action, irrespective of the remedies available within the Truth and Dignity Forum.