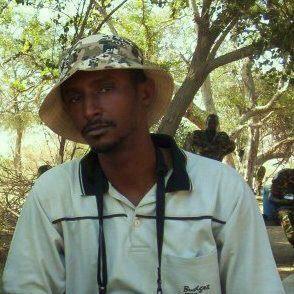 Alkarama today condemned the Sudanese Authorities for continuing to detain two journalists, the photojournalist 'Ali Mustafa Muhammad al-Hajj, 34, and producer Yusuf Ibrahim, 43. Both menhave been detained since December 2012 without any accusations being brought against them or being transferred to the court.
A force from National Intelligence and Security Agency composed of 10 armed individuals and 4 vehicles destroyed the house of 'Ali Mustafa Muhammad al-Hajj in the capital, Khartoum on 1 December 2012. Then on the same day, another force broke into the house of Yusuf Ibrahim in the suburb of Salihah in Omdurman, arrested him and took the two to an unknown location.

The detainees were kept in isolation and the authorities did not allow them to call their families for two months, nor did they allow either of their families to visit until February 2013, which was the only visit they have been allowed since their arrests.

Sudanese media has indicated that the arrest of the journalists is based on the pretext that they filmed a special press statement in an attempt to stage a coup, which a number of Sudanese armed security officers participated in, as well as officers from the National Intelligence and Security Agency, in December 2012. The failure of the coup led to the detention of a number of others accused of planning the coup, in addition to the two journalists.

Military trials in accordance with the Sudanese armed forces law and the law of the National Intelligence and Security Agency for a number of the officers connected to the attempted coup took place in April 2013, followed by their release under a Presidential pardon for the participating soldiers. Meanwhile, journalists 'Ali Mustafa Muhammad al-Hajj and Yusuf Ibrahim remain in detention without a trial or any charges being brought them.

Alkarama demands that the Sudanese Authorities release the two journalists immediately, or issue an indictment against them and transfer their file to a court in order that a fair trial be held, stressing at the same time that it is their right to diffuse information through the media without being subjected to harassment and persecution from the authorities.

Alkarama is surprised by the position of the Sudanese authorities, as they have issued a pardon for the officers who participated in the coup attempt, but they continue to detain the journalists who are simply accused of filming the media statement for the coup, which, is in fact part of their job as journalists. It is their role and right to follow and publish news and information, and Alkarama will submit information relating to their detention to the relevant UN human rights mechanisms.
Sudan
Enforced Disappearance
Arbitrary Detention
Free Assembly/Association