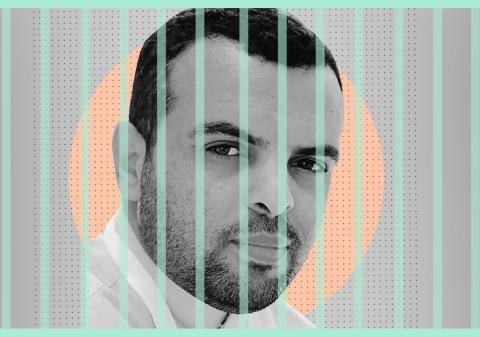 Alkarama learned from Saudi human rights sources that the Criminal Court of Appeal, which specializes in state security cases, had issued a five-year prison sentence against the detained Yemeni journalist, Marwan Al-Muraisy.

In September 2018, Alkarama adressed to the United Nations Working Group on Enforced or Involuntary Disappearances, requiring urgent intervention with the Saudi authorities regarding the case of journalist Al-Muraisy, who has disappeared since his arrest by the Saudi authorities in early June 2018.

Al-Muraisy, who has lived and worked in Saudi Arabia since 2003, has been collaborating with Saudi media organizations, including MBC and Al-Majd TV. As a result of his activity, which mostly focuses on digital media, creative content and e-marketing, he has been able to attract many followers on social media.

According to sources close to Al-Muraisy, he took one of his sons to the hospital, then returned home and found members of the security forces waiting for him. Security forces arrested him and forced him to accompany them to an unknown destination. His relatives were remaining unaware of his fate and whereabouts, although they filed several complaints with the Saudi authorities, until Al-Muraisy was allowed to make a phone call to his family on May 15, 2019, to inform them that he was being held in Al-Ha'ir prison in Riyadh.

On 1 January 2020, the death of his son Sanad was announced, but the authorities did not allow him to bid farewell or participate in his funeral.

Al-Muraisy has never publicly commented or criticized Saudi policy. In June 2016, he appeared in a television interview alongside the well-known reformist preacher Sheikh Salman al-Awda, who has been arbitrarily detained for more than a year and whose prosecution demanded the death penalty, due to a tweet he published in the context of the diplomatic crisis. In the Gulf, he called for mediation between the Qatari and Saudi authorities. During the interview, Al-Muraisy only talked about the growing number of his followers on Twitter and touched on the modern tools available on the Internet to convey information to the Arab public.

One of the victims of a frenzied campaign

Al-Muraisy’s disappearance is part of the campaign of mass arrests and enforced disappearances in Saudi Arabia that began in September 2017, targeting people from all segments of society, including members of the royal family, human rights defenders, businessmen, religious figures and public figures. It sparked widespread international condemnation and criticism.

On 17 September 2018, Alkarama notified the Working Group on Enforced or Involuntary Disappearances of this issue, expressing its concern about this campaign, and requested it to intervene to demand the country’s authorities to release Al-Muraisy and in all cases put him under the protection of the law and inform his relatives of his fate and whereabouts.