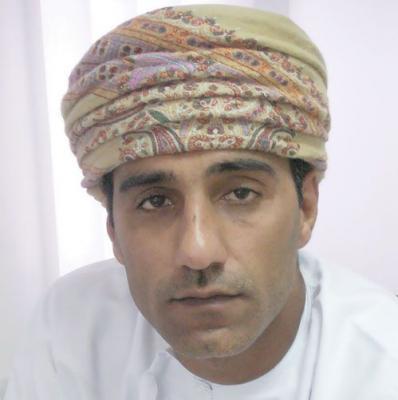 Geneva (February 12, 2018) – The United Nations Working Group on Arbitrary Detention (WGAD) has  today published an Opinion on the high-profile case of Omani journalist Yousuf Al Haj, stating that his almost 15 month-long arbitrary detention was “clearly connected to his activity as a journalist”.

The Opinion – adopted on November 24, 2017, and made public on February 12, 2018 – came after the Alkarama Foundation referred Al Haj’s case to the WGAD in March 2017. Alkarama requested that the UN experts call upon the Omani authorities to release Al Haj and to respect freedom of the press in the country.

The WGAD considered Al Haj’s case after his October 2017 release, and expressed concern that “his conviction may serve as the legal precedent for the arrest, detention and punishment or threat thereof to silence critics in the future.”

Establishing a posteriori the arbitrary nature of Al Haj’s detention, the WGAD found that the Omani authorities committed multiple violations of minimum fail trial guarantees and due process, and that Al Haj’s detention stemmed directly from his legitimate activity as a journalist. In this regard, the WGAD called upon the Omani authorities to provide Al Haj and his colleagues from Al Zaman newspaper with their right to compensation.

Al Haj was arrested and prosecuted for an article he wrote – published on July 27, 2016 on the front page of independent newspaper Al Zaman – on corruption at the highest level of Oman’s judiciary. The article, entitled “Supreme bodies tie the hands of justice”, accused government officials of pressuring Supreme Court judges to overturn a decision in an inheritance case. The article was based on an interview that Al Haj, the paper’s managing editor, conducted with the Supreme Court’s Vice-President Ali bin Salem Al Noamani.

On August 9, 2016, the government issued a publication ban on Al Zaman newspaper, and detained Yousuf Al Haj – having previously arrested chief editor Ibrahim Al Maamari and journalist Zaher Al Abri – charging him with, among other charges, “publishing what might be prejudicial to public security” and “contempt for the judiciary”. On December 26, 2016, the Court of Appeal of Muscat issued the final ruling on Al Haj’s case, sentencing him to a one-year prison term. He was freed on October 23, 2017.

The Working Group considered that Al Haj’s arrest and incommunicado detention were void of any legal basis, and that the Omani authorities committed multiple violations of minimum fair trial guarantees and due process, leading them to consider his arrest and detention as arbitrary in nature.

In fact, Al Haj was arrested without a warrant and was not informed of the charges against him at the time of his arrest. He was held incommunicado for the first few days of his detention. Al Haj did not have a chance to challenge the lawfulness of his detention before trial, and the authorities did not provide him with the adequate means to prepare his defence. Once he was brought before the court, he was mocked by the judge, who said that it was “shameful” that Al Haj was a journalist, and laughed when the defence stated that he was innocent. Al Haj was also denied the right to bring defence witnesses.

By keeping Al Haj in prolonged solitary confinement, the WGAD assessed that the Omani authorities breached the absolute prohibition of torture and other forms of cruel, inhuman or degrading treatment or punishment, enshrined in Article 5 of the Universal Declaration of Human Rights.

The UN experts also affirmed that the charges against Al Haj were “clearly connected to his activity as a journalist” and that his detention resulted from the exercise of his right to freedom of expression. In this regard, the Working Group recalled that “the mere fact that forms of expression are considered to be insulting to a public figure is not sufficient to justify the imposition of penalties, and all public figures, including those exercising the highest political authority, such as heads of state and government, are legitimately subject to criticism and political opposition.”

The WGAD finally urged Oman to accede to the International Covenant on Civil and Political Rights (ICCPR) and to other major international instruments for the protection of human rights, as the Sultanate maintains one of the lowest rates of ratification of international human rights treaties in the region.