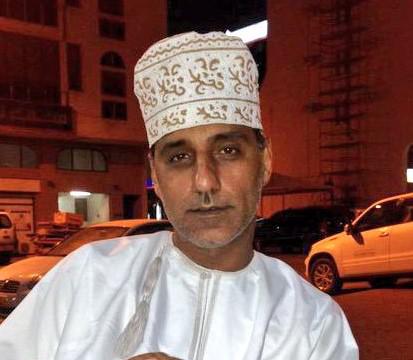 Yousuf Al Haj was arrested on August 9, 2016, after he published an article in Al Zaman newspaper entitled “Supreme bodies tie the hands of justice.” The article revealed a case in which senior government officials had manipulated members of Oman’s Supreme Court. Along with two of his colleagues, Al Haj was arrested without a warrant and not informed of the charges against him.

Al Haj was held in solitary confinement until the end of his trial on September 25, 2016. He was sentenced by the Court of First Instance of Muscat to three years in prison for, inter alia, “undermining the status and the prestige of the State”, “publishing what might be prejudicial to public security” and “contempt for the judiciary.” On December 26, 2016, the Court of Appeal upheld his conviction but reduced his sentence to a prison term of one year.

Concerned about the arbitrary nature of Al Haj’s detention, which was a clear result of him exercising his right to freedom of opinion and expression, Alkarama referred his case to the Working Group on Arbitrary Detention (WGAD) in March 2017. Alkarama asked the UN experts to call upon the Omani authorities to release Yousuf Al Haj and to respect freedom of the press in the country.

“While we welcome the release of journalist Yousuf Al Haj, we remain extremely concerned about the Omani authorities’ disregard for the right to freedom of expression,” said Alkarama’s Regional Legal Officer for the Gulf, Julia Legner. “The very core of the journalistic profession is to make use of one’s fundamental right to freedom of expression, and its practitioners ought to be protected, not prosecuted.”

On October 5, 2017, after a long legal dispute between Al Zaman newspaper and the Omani authorities, Oman’s Supreme Court issued a decision on whether to resume the newspaper’s publication. The Supreme Court - which was accused of corruption in Yousuf Al Haj’s article - overturned a previous judgement of the Court of Appeal and ordered the permanent closure of Al Zaman.