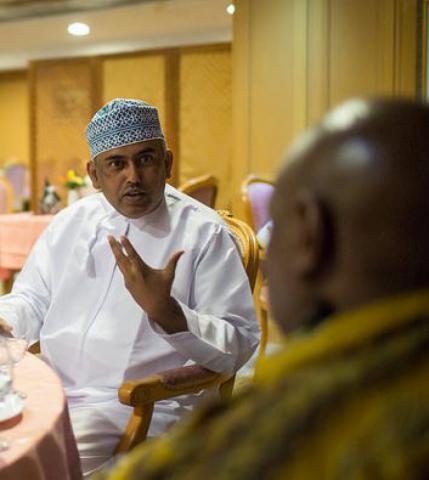 Known for criticising Oman's systematic repression of peaceful dissent, Said Ali Said Jadad, who has been the victim of reprisals for his human rights activism since 2013, was sentenced, on 8 March 2015, to three years imprisonment for "undermining the prestige of the state" and one year for "incitement to demonstrate" and "disturbing public order" by the Muscat Court. Shortly after, on 17 March 2015, the Court of Salalah sentenced him to one year in prison and a fine of 1000 Omani Riyals for cybercrimes.

Said's convictions were all based on interrogations that took place in 2013 and 2014 while he was detained incommunicado without access to a lawyer. During these interrogations, Said was questioned about his human rights activism, his ties with international human rights organisations and his meeting with Maina Kiai, the UN Special Rapporteur on the rights to freedom of peaceful assembly and of association (SR FPAA) during the expert's visit to Oman in October 2014. After his conviction was confirmed by the Court of Appeal on 18 November 2015, Jadad was arrested on 25 November and remains detained in poor conditions at the Arzat prison in Salalah.

"Said Jadad's detention is a violation of his rights to freedom of expression and to a fair trial and we call upon the Omani authorities to put an end to the practice of reprisals against human rights defenders in the country" said Julia Legner, Alkarama's Legal Officer for the Gulf Region.

On 6 May 2016, Alkarama sent a communication to the United Nations Working Group on Arbitrary Detention (WGAD) asking it to call upon the Omani authorities to immediately release him and abstain from any future judicial harassment against Said Jadad's and to issue an opinion recognising the arbitrary character of his detention.