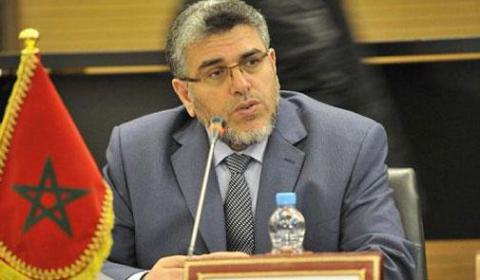 Alkarama welcomes the Moroccan Government's acceptance of the majority of the recommendations: 191 out of 244 recommendations were accepted while 44 were fully or partially rejected.

However, Alkarama is concerned to see a number of significant recommendations rejected, such as those made by Sweden and the United States, calling for an end to “the prosecution of journalists” and "the detention of some individuals for solely exercising their freedom of expression and freedom of peaceful assembly and association”.

The Moroccan delegation, headed by the Minister of State for Human Rights, Mr Mustapha Ramid, expressed the country's willingness to cooperate with the UN human rights mechanisms, and the state’s commitment to implement the accepted recommendations starting from next year. Alkarama hopes that these promises will not go unheeded.

Morocco accepted, among others, the recommendation of Portugal "to take concrete steps to strengthen the cooperation with the special procedures of the United Nations." As part of this commitment, Alkarama calls upon the Moroccan authorities to implement the Opinions of the UN Working Group on Arbitrary Detention (WGAD) calling for the immediate release of victims of arbitrary detention.

The WGAD has adopted numerous opinions on cases of arbitrary detention in Morocco submitted by Alkarama, and has called upon the Moroccan authorities to release the victims without delay. One example is the case of Rachid Ghribi Laroussi, who has been detained since 2003 on the sole basis of statements signed under torture. In September 2015, the WGAD called upon the authorities to release Laroussi without delay. However, this decision has not been implemented to date, and many similar cases remain unresolved.

A number of recommendations have been accepted by the Moroccan government calling for the strengthening of institutions for the protection of human rights and the establishment of an independent National Preventive Mechanism in line with the Optional Protocol to the Convention against Torture (OPCAT).

The Moroccan delegation announced the forthcoming adoption of a law extending the powers of the National Human Rights Council (CNDH) and endowing it with the prerogatives of the National Preventive Mechanism under the OPCAT. In this regard, it is essential to ensure the independence of such an institution as well as transparency in the selection process of its members in accordance with the Paris Principles.

The Moroccan delegation stressed the importance of the role of the judicial authorities in ensuring respect for fundamental rights and combating against torture. Mr Mustapha Ramid announced a reform of the judiciary to strengthen the rule of law and the respect for fundamental rights. However, it is essential that the reforms to the judicial system result in effective changes on the ground, guaranteeing everyone’s right to an effective remedy before an impartial and independent judicial body.

Alkarama also urges the Moroccan authorities to investigate all allegations of torture and to ensure that perpetrators are prosecuted and punished appropriately. Moreover, the Moroccan authorities should re-examine and provide acceptable compensation to all victims of unfair trials following the Casablanca attacks, during which convictions were made on the basis of confessions under torture.