Morocco: National Human Rights Council To Keep A Status Despite Lack of Independence from the Executive 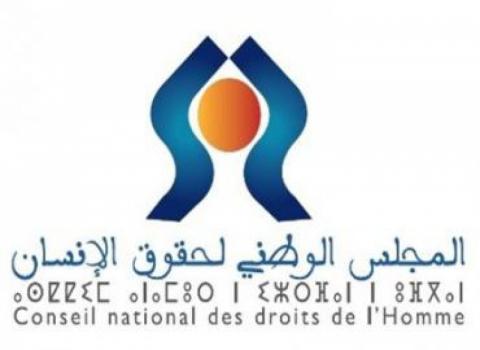 In a report recently made public, the Sub-Committee on Accreditation (SCA) of the International Coordinating Committee (ICC) of National Human Rights Institutions (NHRIs) submitted its conclusions on the Moroccan NHRI, the National Human Rights Council (CNDH). Following the review of the CNDH in November 2015, the SCA decided to re-accredit the institution with the A Status despite several shortcomings to meet the Paris Principles − which set out the minimum standards required by NHRIs to be considered credible and to operate effectively − particularly its lack of independence from the royal authority.

It is this lack of independence that had pushed Alkarama to recommend, in its contribution to the SCA in August 2015, the downgrading of the CNDH's A Status − granted to institutions that fully comply with the Paris Principles – to the B Status − given to NHRIs considered as not fully in compliance with these principles.

In its report however, the SCA began by congratulating Morocco for including the CNDH in its 2011 Constitution, failing to mention that this provision does not clearly set out the CNDH's mandate, composition and jurisdiction, nor the fact that neither its mandate nor the functioning of the institution are listed in a royal Dahir − an Executive Decree passed without consulting Parliament.

Not only is the Moroccan NHRI's legal basis insufficient, but its independence is also compromised, especially in the process of selection, nomination and dismissal of board members. Thus, for the SCA, the current process of selection and appointment of CNDH members is "not sufficiently broad and transparent." The Dahir allows in fact for consultations with civil society during process of selecting members, but these are ultimately appointed by the King, starting with the president of the CNDH. Moreover, the Dahir should dedicate more functional immunity to CNDH members by specifying "acts or behaviours contrary to the commitments of Council membership" that justify the removal of one of its members.

While the Moroccan NHRI is entitled to receive complaints from victims of human rights violations, many Moroccan civil society associations have found that the CNDH does not fully play its role. Moreover, in several cases submitted by Alkarama to the United Nations Working Group on Arbitrary Detention (WGAD), such as the case of Mostafa Hasnaoui, Abdessamad Bettar, Ali Aarass and Mohamed Hajib, the CNDH has not sufficiently demanded that the authorities implement the Working Group's Opinions – which remained unfulfilled − establishing the arbitrary nature of their deprivation of liberty and calling for their immediate release. "The CNDH's inertia would effectively reinforce the attitude of the authorities, especially their refusal to resolve human rights violations that have taken place since the 2003 Casablanca bombings," says Imène Ben Younes, Regional Legal Officer for North Africa at Alkarama.

While the Moroccan NHRI keeps its Status A − particularly for its work in the field of gender equality − the SCA therefore calls upon the government to take the necessary steps to ensure independence and public trust during the appointment of senior members of the CNDH, in particular by requesting reforms to strengthen its independence and broaden its powers. Alkarama also calls on the CNDH to fully comply with the Paris Principles in order to ensure its members' genuine independence from the executive power and establish a relationship of trust with the citizens.