LEBANON: The situation of lawyer Tarek CHINDEB submitted to the Special Rapporteur on the independence of judges and lawyers 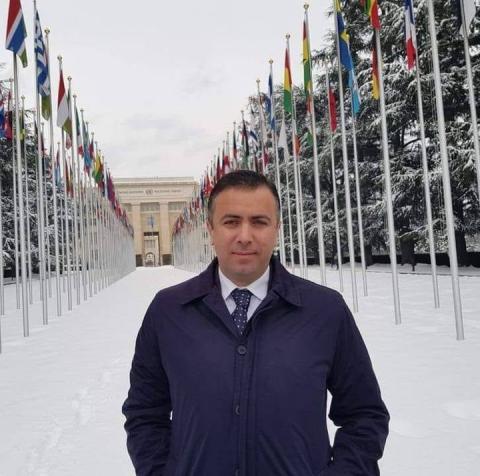 On 22 February 2022, Alkarama addressed to the Special Rapporteur on the independence of judges and lawyers to inform him of the threats and intimidation to which the Lebanese lawyer Tarek Chindeb, known for his commitment to defend human rights in his country, is subjected.

Registered at the Tripoli Bar since 2009, Mr. Tarek Chindeb has been assisting for many years victims of human rights violations in Lebanon as well as Syrian refugees in the country to whom he regularly provides legal assistance. He has also publicly denounced Lebanon's involvement in the Syrian conflict through the Hezbollah militias and corruption at the highest level of the state.

It is because of his commitment that he became one of the favorite targets of the Lebanese security services. Thus, in an attempt to prevent him from performing his professional duty, all the buildings of the General Security in which his clients were detained, were forbidden to him following a decision of the Major General.

Despite these restrictions, he continued to question the responsibility of some military leaders in many abuses such as the summary execution of Syrian refugees in the camps of Arsal, in eastern Lebanon, for which he was prosecuted in retaliation before the military court of Tripoli.

The pressure against him was further increased when he denounced in August 2021 the threats of Hezbollah against the prosecutor in charge of investigating the case of the explosion in the port of Beirut. The harassment, including judicial, and other threats have then multiplied forcing him, for his safety, to flee to Istanbul where he currently continues his activities as a human rights defender.

It is in these circumstances that he learnt of the existence of an arrest warrant issued against him by Lebanese judges on the basis of various pretexts and accusations that he considers totally unfounded and politically motivated.

Tarek Chindeb, who has often collaborated with Alkarama to provide it with information on the situation of victims of human rights violations that he has had to deal with, unfortunately asked this time, from his forced exile, to submit his own situation.