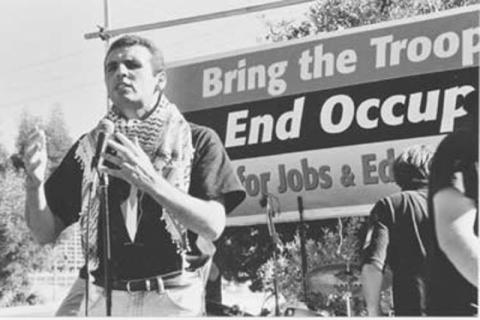 On 29 July 2015, human rights activist Amer Jubran was sentenced to 10 years in prison by the State Security Court following an unfair trial during which confessions extracted under torture were admitted as evidence. In view of this decision, Amer appealed to the Cassation Court, which has not considered his case yet. Following this, Amer's friends and family sent a communication to the United Nations Working Group on Arbitrary Detention (WGAD) in September calling upon the Jordanian authorities to release him immediately, as well as launched a campaign on his behalf.

Amer is a long-time activist for the Palestinian cause and an anti-war advocate who frequently expresses his political opinion on social media. After publishing articles criticising Israel's policies against Palestine, on 5 May 2014 Amer was arrested by members of the General Intelligence Directorate of Jordan, an intelligence agency notoriously known for its sweeping powers to monitor public life in Jordan and its frequent use of torture and ill-treatment. He was kept in secret detention for almost two months, during which he was subjected to numerous acts of torture in order to obtain confessions, which would later be used as evidence during his trial. The acts of torture inflicted on Amer include 72-hour long interrogations, sleep deprivation, threatening his family, and severe beatings all over his body.

It is only two months after his arrest, on 27 June 2014 that his family was allowed to visit him for the first time for 10 minutes. In August 2014, Amer was charged with a series of terrorism-related offences, which included conducting "acts that threaten to harm relations with a foreign government." On 29 July 2015, Amer was sentenced to 10 years in prison with hard labour, following an unfair trial before the State Security Court, a military court known for its lack of independence, as it is directly linked to the executive branch and its members are appointed by the Prime Minister. In prison, Amer currently fears that the Jordanian authorities will take retaliatory measures against him for speaking out about his case.

In view of these facts, Alkarama will raise Amer's case before the UN Committee against Torture (CAT) in view of Jordan's third review during the Committee's 56th session, which will take place from 9 November to 9 December 2015. "Although Jordan is a party to the Convention against Torture (UNCAT) and has taken some encouraging legislative measures to put an end to torture – such as removing the term 'illegal torture' in Article 208 of the Criminal Code in January 2014 – violations of the right to physical integrity persist," says Inès Osman, Legal Officer for the Mashreq at Alkarama. "The Jordanian special courts continue to rely heavily on confessions extracted under torture, which, added to their lack of independence, often leads to the arbitrary sentencing of people like Amer," she continues.

Concerned over the systematic crackdown on dissent under the pretext of the fight against terrorism in Jordan, Alkarama calls upon the Jordanian authorities to: