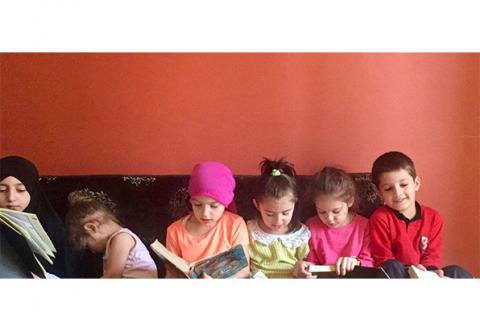 A family of 12 Russian nationals residing in Egypt – including 7 children between the ages of 3 and 9 – remain disappeared to date after being arrested by the Egyptian secret police between March and April 2018.

On March 12, 2018 at around 9 p.m., a dozen masked individuals carrying weapons – including one woman who witnesses heard speaking Russian – broke into 31-year-old Russian national Sakinat Baysultanova’s Cairo apartment. After interrogating her, they took her to an unknown location along with her four children – Salma, aged nine, Khadija, aged seven, Karima, aged five and Sara, aged three. The children were returned to the apartment after 40 minutes, while Sakinat’s relatives have received no information on her fate and whereabouts to date.

Over a month later, just after midnight on April 24, 2018 , armed members of the Egyptian secret police stormed Sakinat’s apartment for the second time. They abducted her four children once again, along with her former parents-in-law, Mohammed Aligazhiev and Suad Khapizova, her sister, Mesedo Baysultanov, and her sister’s four children, Sumaya Suleymanov, aged 18, Safia and Karima Suleymanov, both aged six and Usman Suleymanov, aged eight.

It is believed that Sakinat and her family may have been targeted due to her ex-husband Ahmed Aligadjiev’s alleged ties with armed military groups.

During the same operation, the Egyptian secret police also raided four other houses of Russian nationals living in Egypt with ties to the Baysultanova family. They abducted six others, including two boys respectively of 8 and 13 years.

Since Sakinat’s initial disappearance on March 12, her relatives have taken various measures to try to locate the family, including by lodging complaints with the competent authorities in Cairo and by contacting the Russian consulate in Egypt. Despite this, the family’s whereabouts – as well as the reasons behind the arrests – remain unknown to date.

Alkarama submitted an urgent appeal to the UN Working Group on Enforced and Involuntary Disappearance (WGEID) on behalf of the Baisultanov family, highlighting the gravity of the allegations given that seven of the victims are minors. Alkarama requested that the independent experts call on the Egyptian authorities to release the family immediately, or, at the very least, to put them under the protection of the law and to disclose their fates and whereabouts.