Egypt: UN Calls on Egyptian Authorities to Release Khaled Hamza and Four Other Civilians and to Respect its International Obligations 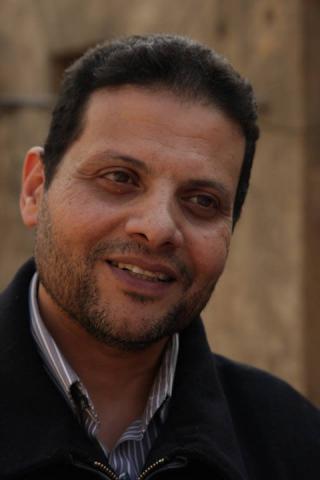 During its last session in Geneva, the United Nations Working Group on Arbitrary Detention (WGAD) released its opinion (35/2014) regarding Alkarama's communication sent on 8 May 2014 regarding the detention of Khaled Mohamed Hamza Abbas and four other individuals arrested with him, Adel Mostafa Qatamish, Ali Thabit Ezzedin, Zain El Abidine Mahmoud and Tariq Ismail Ahmed. Finding that their detention was arbitrary and contrary to international human rights law, the Working Group experts called for their immediate release.

Fearing to be arbitrarily arrested or executed due to their membership to the Muslim Brotherhood, on 25 February 2014, the five men decided to go to Sudan by road. On their way, they were arrested by border guards, without any warrant, and brought before the local prosecutor.

There, they were tried under trumped-up charges of "carrying ammunitions with the aim of harming national interests" and of illegally entering the military zone of Abu Mera, in violation of Article 5 of the Criminal Code. On 7 May 2014, at the end of a flawed trial, the Military Supreme Court of Qena sentenced them all to one year of prison.

In violation of the principle that civilians should not be tried by military courts, and in the absence of any material evidence that would confirm the charges against them, it appeared that the military court was pursuing a political agenda, penalising the victims' sole political opinions and affiliations.

Referred to their case by Alkarama, the WGAD acknowledged the arbitrary nature of the detention of these five individuals, recalling that military courts cannot be recognised as competent to try civilians, since the conditions of impartiality and independence necessary could not been met. The UN Working Group therefore considered that any decision of a military court taken against a civilian, including those relating to preventive detention, constituted a violation of Article 14 of the International Covenant on Civil and Political Rights (ICCPR) ratified by Egypt in November 1989.

The WGAD also pointed out that this was not the first time that it was led to issue such an opinion in response to Egypt's violations of its international obligations. Alkarama joins the WGAD in reminding the Egyptian authorities the need to respect their international commitments and to implement the UN procedures' decisions. In this case, the authorities should proceed to the immediate release of the five aforementioned victims and grant them fair compensation. Egypt must put an end to the trials of civilians before military courts, and in this sense, it should amend Article 204 of the Constitution which allows for such prosecutions.