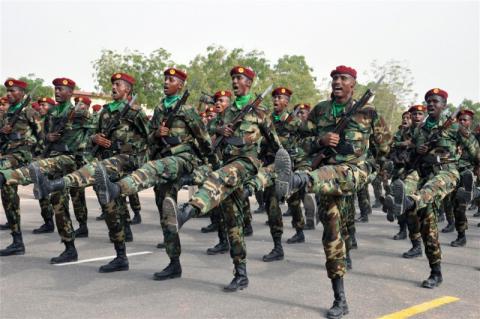 On 22 June 2015, Alkarama sent an urgent appeal to the United Nations Working Group on Arbitrary Detention (WGAD) and the Special Rapporteur on Torture and Other Cruel, Inhuman or Degrading Treatment or Punishment (RST) regarding the cases of 10 farmers from the Obock region in northern Djibouti, who were ill-treated during their 10 day-secret detention, and of that of another farmer, at great risk of torture during his arbitrary and incommunicado detention in the Gabode prison.

Secretly detained for 10 days, Aden Mohamed Ali, Abdo Yaidi Ali, Hassan Mohamed Hamadou, Mohamed Ali Mohamed, Mohamed Ahmed Houmed, Abdallah Mohamed Hanifa, Mohamed Yaidi Ali, Mohamed Hamadou Ali, Deberkaleh Mohamed Abdallah and Ali Sillay Abakari were finally released but reported having been ill-treated during their arbitrary arrest and detention. Another farmer, Houmed Moussa Hamadou arrested on 9 May 2015, is, however, still detained incommunicado in the Gabode prison – known as a lawless zone where torture is commonly practiced and famous for its appalling conditions of detention – where he is at high risk of ill-treatment and even torture.

Since the beginning of April 2015, the authorities have intensified their strikes and military operations against the Restoration of Unity and Democracy Front (FRUD), a politico-military movement campaigning for democratic change in the country. These military operations have been centred in the northern part of the country, notably in the Obock region. It is in this context that the 10 men were arrested, severely beaten by the armed forces and taken to military camps. Left without any contact with the outside world, they were accused of supporting the FRUD, a charge often brought against the inhabitants of the region, without any supporting evidence. Some then reported to have been subject to ill-treatment during their secret detention. It is only after 10 days of incommunicado detention that the men were released, without ever having been brought before a judicial authority.

As for Houmed Moussa Hamadou, he was arrested on 9 May 2015, also in the Obock region, and has since then been held arbitrarily in the Gabode prison, known for its appalling detention conditions. Detained incommunicado, he has not been able to contact neither his family nor his lawyer, nor was he brought before a judge. Moreover, since he too was accused of sympathizing with the FRUD, he is at great risk of being tortured. His family is powerless to get him released as the army continues to enjoy a de facto impunity in Djibouti, making it very difficult to challenge his detention.

These various cases of detention are illustrative of the constant harassment which the inhabitants of Obock region and the people of Djibouti in general are the victims of. Journalists and political opponents are particularly exposed to the authorities' abuses because of their political commitment, while Djiboutian citizens cannot freely enjoy their fundamental rights.

In order to immediately end Houmed Moussa Hamadou's detention and ask for impartial and independent investigations into the actions of the army against the 10 men mentioned above, Alkarama sent an urgent appeal to the WGAD and the RST, asking them to intervene, according to their respective mandates, with the Djiboutian authorities. Alkarama also calls upon the authorities to stop harassing the population of Djibouti and to guarantee the free exercise of their rights provided for in the International Covenant on Civil and Political Rights (ICCPR) and the International Covenant on Economic, Social and Cultural Rights (ICESCR), both ratified by Djibouti in 2002, and in particular the rights to freedom of expression, association and peaceful assembly.