Tunisia: Alkarama Urges the State to Continue its Efforts on Enforced Disappearance Prevention 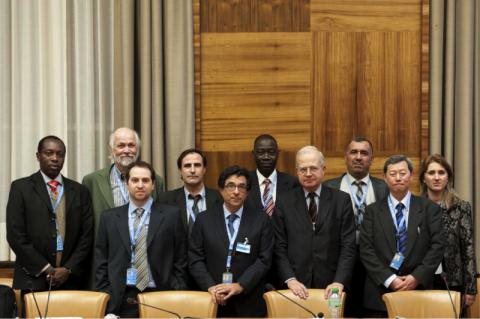 On 12 February 2016, Alkarama submitted its report to the United Nations Committee on Enforced Disappearances (CED) as part of Tunisia's initial review to be held in Geneva on 7 and 8 March 2016. Despite major human rights advances since the 2011 revolution − such as the ratification of the International Convention for the Protection of all Persons from Enforced Disappearance (ICPPED) − these advancements may be compromised due to the return of some of the former regime's freedom-curbing practices in the name of the fight against terrorism.

2015 was marked by a series of deadly attacks, following which Tunisia prioritised security considerations over the respect for fundamental rights. In the wake of the two terrorist attacks in the Bardo museum in the sea resort of Sousse on 25 July 2015, the Assembly of People's Representatives (ARP) passed the Organic Law No. 22/2015 relative to the fight against terrorism. In many aspects, this new law is more repressive than the Anti Terrorist Law No. 2003-75, which was adopted during Ben Ali's presidency. Several provisions of the new law provide for police custody of up to 15 days, far beyond the 48-hour international standards recommended by the UN Human Rights Committee (HRC). Alkarama has not failed to point out that this reform further aggravated the risk of incommunicado detention.

Incommunicado detention and its abuses

Although the legal time in custody is generally respected, the practice of incommunicado detention, entrenched in the country, leads to other abuses, such as torture and other cruel and inhuman treatment, despite Tunisia's ratification of the Convention against Torture (UNCAT) in September 1988.

Persons suspected of terrorism are already almost invariably held incommunicado during the first days of detention, during which they are removed from the protection of the law and tortured in order to force them to sign confessions which will later be used as incriminating evidence during their trial. In its report, Alkarama recalled numerous cases of men and women removed from the protection of the law during their time in custody, such as the case of Zied Younès, a 25-year-old engineer arrested on 10 September 2014 by the Anti-Terrorism Brigade and tortured by the security services and prison guards during his six-day in police custody, during which he was forced to sign confessions without being able to read them; that of Hanene Chaouch, a young volunteer campaigning for orphans arrested on 29 October 2014 for "not reporting terrorist activities" and tortured, which included being sleep deprived, severely beaten, electrocuted and threatened with rape while detained incommunicado for six days; or that of Mohammed Al Ferchichi, a 36-year-old worker arrested on 28 October 2014 for alleged membership in an organisation inciting terrorism and possessing firearms, who was equally subjected to the worst kinds of abuse, as he was burned, whipped and sexually abused during six days of incommunicado detention, after which he was also forced to sign a record without being allowed to read it. In all these cases, the investigating judge simply took note of the visible signs of torture without launching an investigation.

Moreover, the State Party regularly violates the provisions of Article 18 of the International Convention for the Protection of All Persons from Enforced Disappearance (ICPPED), which guarantees the right of an arrested person's family to obtain information on their relative's fate, his whereabouts and the identity of the forces that hold him. Thus, Radhouane Gharsalloui, a 38-year-old father kidnapped by the Anti-Terrorist Brigade on 30 November 2014 as part of a widespread repression campaign by the security services and was held incommunicado for six days. During the same day and under the same circumstances, several other people were arrested in the region, such as one of Gharsallaoui's cousins, whose family is also not aware of his fate and whereabouts. It is important to resolve this situation as soon as possible by reducing the legal time in custody, without distinction based on the offenses in question, and by subjecting it to a genuine judicial review.

Although only partially, the Draft Law No. 13/2013 adopted on 2 February 2016 by the ARP appears to move towards this solution, introducing procedural safeguards necessary to respect the rights of persons in custody. The provisions of this law will come into force from 1 June 2016. In ordinary criminal cases, the law reduces the legal duration in police custody to maximum 48 hours, renewable once, and allows the detainee to see a lawyer. In contrast, it will still be possible to question individuals prosecuted for terrorism for 15 days before bringing them before a judge, and they will only have the right to see a lawyer after 48 hours in detention. It would have been appropriate to address this gap by reducing the legal time in custody without distinction based on the respective offences.

In order to remedy to the grave violations of Tunisia's international obligations, Alkarama submitted a series of recommendations to the attention of the State. Among others, Alkarama calls upon Tunisia to:

Alkarama already contributed to the preparation of Tunisia's review through its list of questions to CED on 12 June 2015 and will have the opportunity to reiterate the concerns raised in its shadow report to the Committee experts in the context of a briefing prior to the review, which will be held on 7 March 2016. Further on, our organisation hopes that the debate that will then take place between the CED experts and the Tunisian delegation will contribute to the establishment of an effective policy of prevention of enforced disappearances.

This article was modified on Wednesday 8 March 2016.