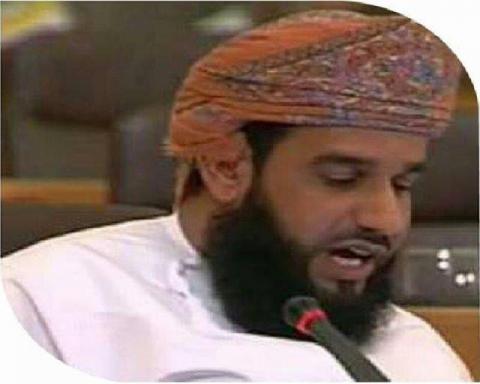 On 4 May 2016, committed member of the Omani Parliament and environmental activist Talib Al Mamari was released three months prior to the end of his prison sentence. Al Mamari, who had been detained at Sama'il Prison near Muscat since August 2013, was released in the morning of 4 May on a royal pardon from Sultan Qaboos.

Previously, Al Mamari, a vocal advocate of the rule of law and the protection of the environment and public health in Oman, had been arrested on 24 August 2013 after having taken part in a peaceful demonstration as a mediator against the pollution caused by the petrochemical industries in his native city of Liwa. In December 2013, the Court of Muscat sentenced Al Mamari to four years in prison and a 500 Rials (about 1,300 US dollars) fine for "harming the State's prestige" as well as one year for "disturbing public order" and "obstructing traffic". Retried a number of times, his final sentence was reduced to three years by the Court of Appeal in October 2014.
In 2013, Alkarama sought the assistance of the United Nations Working Group on Arbitrary Detention (WGAD) on Al Mamari's case, which issued Opinion No. 53/2014 in 2014, stating that his detention was arbitrary and his right to freedom of expression violated. Nevertheless, the Omani authorities did not comply with the request of the WGAD to release Al Mamari and he remained in custody.

Talib Al Mamari was awarded the Alkarama Award for human rights defenders in December 2015 in recognition of his important work defending human rights in Oman. While Alkarama welcomes the release of Al Mamari, we urge the Omani authorities to accord him his enforceable right to compensation as stipulated in Opinion No. 53/2014 and to put an end to the practice of retaliation against individuals who merely exercise their fundamental freedoms peacefully.