MOROCCO: THE UNITED NATIONS CONCLUDES THAT MOROCCO IS RESPONSIBLE FOR THE TORTURE SUFFERED BY MOHAMED HAJIB 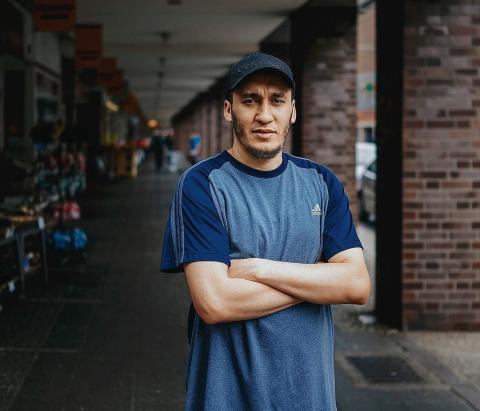 The United Nations Committee against Torture, initially seized by Alkarama on 30 October 2018, has recognized the responsibility of the Moroccan State due to the torture suffered by Mohamed Hajib following his arrest and conviction for alleged terrorist acts to ten years in prison based solely on confessions extracted under torture.

In its decision, rendered during the 74th session (July 12-29, 2022), the Committee urged Morocco to undertake a thorough investigation into the torture suffered while guaranteeing M. Hajib appropriate reparation.

Arrest and torture in police custody

Arrested in Pakistan, M. Hajib, a German and Moroccan national, was detained for six months and then released after being cleared of all suspicion. He then went to Frankfurt where he was welcomed on his arrival on 17 February 2010 by the German police and questioned about his travel intentions. He explained that he first intended to visit a relative in Holland. He was then pressured by the German police who went so far as to help him buy a plane ticket to go to Morocco without further delay.

M. Hajib was arrested on the night of 17 to 18 February 2010 at Casablanca airport as soon as he got off the plane by agents of the Directorate of Territorial Surveillance (DST) before being immediately transferred to the police station of El Maarif. There he was tortured during his 12-day detention, at the end of which he was forced to sign a police statement that he was not even allowed to read.

On June 24, 2010, M. Hajib appeared in court and was sentenced to 10 years imprisonment following a summary trial. The judges simply referred entirely to the police reports, disregarding the defendant's statements to the investigating judge and the court about being tortured in police custody. His sentence was nevertheless reduced on appeal to 5 years in prison.

On 16 May 2011, M. Hajib participated in a protest movement led at the prison of Salé by several hundred prisoners against the unfairness of their sentences. Accused of being behind the unrest, prison authorities tortured him before transferring him to Toulal prison where the abuse continued. He was beaten on different parts of his body, causing a perforation of his right eardrum and a fracture of his nose.

For 15 days, the authorities kept M. Hajib in incommunicado detention which ended only on 31 May 2011 following the intervention of German consular authorities. The latter have also expressed their concern to the Moroccan authorities about the situation of their national.

Transferred in 2012 to Tiflet prison, where he remained until his release on 18 February 2017, M. Hajib denounced again in May 2016 the arbitrary nature of his detention wearing an orange outfit comparable to that worn by Guantanamo prisoners.
In response to this gesture, M. Hajib was again subjected to torture and ill-treatment by prison guards. This included being burned on his back with a glowing iron bar while he was held on the bed of his cell blindfolded, bound hand and foot, in the presence of senior prison officials.

No investigation was opened into the allegations of torture made by M. Hajib, as required by domestic law and the Convention against Torture ratified by Morocco. On the contrary, he was even sentenced to two additional years in prison because of his participation in the Salé prisoners' protest movement.

The Working Group on Arbitrary Detention (WGAD), referred by Alkarama, had issued an Opinion dated 28 February 2012 in which M. Hajib's detention was qualified as arbitrary since there was a serious violation of his rights to a fair trial.

The abuse suffered by M. Hajib qualified as torture under the Convention

Following his release, M. Hajib once again mandated Alkarama to bring his case before the UN Committee against Torture, which recognized that the ill-treatment he had been subjected to throughout his detention constituted torture within the meaning of the Convention ratified by Morocco in 1993.

At the occasion, the UN experts also expressed their concerns about the admissibility by Moroccan courts of confessions extracted under torture.

The Committee therefore urged Morocco to take "immediate and concrete measures to investigate, prosecute and punish acts of torture, as well as to take all necessary measures to ensure that criminal convictions are based on evidence other than the confession of the accused, in particular when the accused recants his confession during the trial.”

Violation of fundamental rights and lack of effective remedies

The UN body also recognized the violation of M. Hajib's fundamental rights, including his right to access to a lawyer and medical assistance, his right to be informed of the charges against him, and his right to inform his family. The independent experts reported that M. Hajib did not have effective remedies to challenge the torture and ill-treatment to which he was subjected.

Morocco's failure to comply with its review duty

The Committee recalled that in order to prevent any act of torture it is the State party duty to keep police custody and the treatment of detainees throughout the territory of Morocco under systematic review.

In the present case, the Committee noted that “in the absence of any evidentiary information from the State party that could demonstrate that the entire period of the complainant's detention - and especially his police custody - was indeed placed under its review, and in the absence of any evidence as to the effective handling of the complainant's complaints” Morocco failed in its duty to review.

Lack of investigations and right to reparation

The experts concluded that the closure of the three investigations of M. Hajib's torture claims without his hearing or a medical expertise is incompatible with the State party's obligation under article 12 of the Convention to ensure that the competent authorities immediately conduct an impartial investigation whenever there are reasonable grounds to believe that an act of torture has been committed. By doing so, Morocco has deprived M. Hajib of the possibility to avail himself of his right to reparation.

The UN Committee against Torture therefore granted M. Hajib's request by recognizing the acts of torture he suffered. As a result, the State party was urged to initiate an impartial and thorough investigation and to punish the perpetrators while providing appropriate compensation to M. Hajib for the violations he suffered.

Morocco has 90 days to inform the Committee of the measures it will take to give effect to the decision.

In the framework of the follow-up procedure established by the UN body in relation to the individual complaint, Alkarama will give particular importance to the implementation of this decision in order to ensure that the rights of the victims and their relatives, who are also recognized as victims, as well as their dignity are finally restored.

The human rights situation in Morocco will be examined during its next periodic review (UPR) by the Human Rights Council scheduled for 11 November 2022 in Geneva.