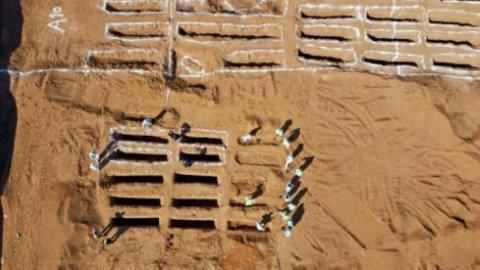 Libya has seen recent killings of field commanders in General Khalifa Haftar's forces. These include commanders wanted for international crimes because of their involvement in war crimes, including executions against civilians. These assassinations could be part of a ploy to liquidate witnesses against major criminals wanted for justice together with their regional and international supporters.
In this regard, Alkarama will address the UN bodies concerned with the Libyan file, in particular the fact-finding mission on violations committed by all parties in Libya established by the Human Rights Council, to call on them to investigate these killings and reveal their circumstances.

Mohammed Al Kani
On 27 July 2021, the leader of Haftar's militia accused of war crimes, Muhammad al-Kani, was murdered along with one of his companions in their place of residence in the Bouatni area, south-east of Benghazi. .
Several sources claim that the leader of al-Kaniyat, "Muhammad al-Kani", was killed by the militia of Tariq bin Ziyad, affiliated to Haftar's son Saddam. Saddam is said to have acted on his father's orders. Press sources reported that Muhammad al-Kani was killed in a farm in the city of Benghazi.
Al-Kani commanded the 9th infantry brigade in the city of Tarhuna, known as the Al-Kaniyat militia, under the command of General Khalifa Haftar.
Despite the celebrations that the city of Tarhuna witnessed with the killing of Al-Kani, but which the Tarhuna Victims Association condemned in a statement, Al-Kani "the criminal" was summarily executed, as he possessed information about the mass graves and their perpetrators as well as many other crimes. The association added: "It is important to conduct credible investigations and not to try to 'close the case' by killing criminals.
The association also called for an urgent investigation by the public prosecutor's office and to "bring the rest of the criminals in the eastern region to justice".
According to a Washington Post report, the Al-Kani militia, which emerged in 2017, has killed hundreds of Libyans in a variety of ways, including shooting the chained victims at close range.
The report referred to an entire family being tortured and then executed by the Al-Kani militia. Alkarama obtained numerous testimonies about the abduction, detention and murder by the armed militia of people who refused their diktat, as well as about collective graves where a large number of civilian victims were buried, including entire families which included women, children and infants. Several ambassadors present in Libya and members of the Commission of Inquiry were able to visit these mass graves.
In March 2021, the European Union imposed sanctions on Muhammad and Abd al-Rahim al-Kani and other leaders of the al-Kani militia, which controlled the town of Tarhuna, for their involvement in extrajudicial executions and enforced disappearances.
Russia Today TV also reported, quoting journalist Mahmoud Al-Misrati, who is close to General Khalifa Haftar, that Muhammad Al-Kani was killed "when he resisted the raid on his residence in Benghazi to arrest him, based on two memorandums of civil and military justice".

Mahmoud Al Werfalli
On 24 March 2021, unidentified individuals assassinated the militia leader, Mahmoud al-Werfalli, who was also under the orders of General Khalifa Haftar.
Al-Werfalli was twice indicted by the International Criminal Court in The Hague on suspicion of killing more than 40 captives, and appeared in a 2018 video in which he filmed a dozen blindfolded prisoners.
These killings suggest that Haftar and his sons have an interest in neutralising the "enforcement officers" of the new Libyan scene, to whitewash their image and to avoid responsibility for crimes as decision-makers.
Haftar's militia is supported by: Egypt, Saudi Arabia, Russia and France.