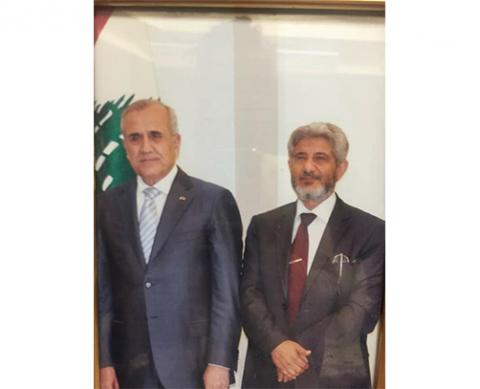 (Geneva, July 19, 2018) – On July 16, 2018, Alkarama submitted the case of Ahmed Al Shami – a human rights defender and humanitarian worker, who has been missing since his abduction on May 15, 2018 – to the United Nations Working Group on Enforced or Involuntary Disappearances (WGEID).

Al Shami, a 58-year-old university professor of Palestinian descent, was abducted in Tripoli by the Department of General Investigation, a force affiliated with the Tripoli-based Government of National Accord (GNA), the latter enjoying the support of the United Nations. The Department functions as a militia and escapes judicial control.

A key figure in Libyan civil society, Al Shami heads the Global Foundation for Human Rights, an NGO providing human rights and humanitarian assistance to vulnerable communities in Tripoli. He is also a former member of the High Council of Reconciliation, a body composed of elders and influential figures to lead dialogue and reconciliation efforts to build a unified Libyan political authority. Al Shami was apprehended while he was preparing food baskets to be delivered to sub-Saharan migrants stranded in the Libyan capital.

It is not the first time Al Shami has faced reprisals as a result of his political and humanitarian advocacy. Back in 2012, he was mandated by the Libyan Ministry of Foreign Affairs and International Cooperation to negotiate and facilitate the return of Libyan detainees from Iraq. While on his final trip for this mission, he was arrested by members of the Iraqi Security Services on October 18, 2012 before being subjected to acts of torture and ill-treatment.

At Alkarama’s request, several UN Special Procedures mandate holders raised his case in an urgent appeal addressed to the Iraqi authorities. He continued to be detained without due process until December 13, 2012.

Al Shami remains missing since his May 15 abduction, and his family has been left with little information on his fate and whereabouts. They believe that the militiamen abducted him for his human rights and humanitarian work. As the authorities failed to intervene in his disappearance, his family now fears for his physical and mental integrity.

The Libyan Political Agreement, signed on December 17, 2015, provided that “[t]he Government of National Accord shall have full power and control over all the Libyan territory.” In light of the ties between the Department of General Investigation and the Libyan authorities, Alkarama requested that the UN experts of the WGEID promptly intervene with the latter to urge them to immediately facilitate the release of Ahmed Al Shami.

Alkarama also highlighted that Al Shami’s abduction violates the state’s legal obligation to ensure the protection of human rights defenders and humanitarian workers against any form of reprisal for their work. These acts may include violence, threats, retaliation, adverse discrimination, pressure or any other arbitrary action as a consequence of his or her legitimate exercise of the rights contained in the International Covenant on Civil and Political Rights (ICCPR).

“The GNA authorities should immediately clarify the fate and whereabouts of Ahmed Al Shami and ensure with due diligence that the forces under their control abide by international human rights standards,” said Khadidja Nemar, Alkarama’s Legal Officer for North Africa and the Nile. “Putting an end to these violations and punishing their perpetrators is not only an absolute obligation for the GNA, it is also crucial to ensure that it can provide security to Libyans, with security forces that are accountable and which respect the rule of law”.