Iraq: Four cases of enforced disappearances by the Hezbollah Brigades submitted to the United Nations 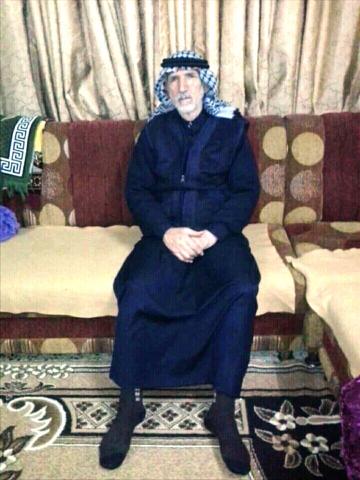 Ahmed Al Jumaili, brothers Ahmad and Mohammad Al Baghili, and Hicham Al Hayali were all arrested by members of the Hezbollah Brigades at a checkpoint near the town of Khalidiya in the Al Anbar Governorate between 2015 and 2016. The Hezbollah Brigades are part of the Popular Mobilisation Units (PMU), an umbrella organisation of militias that falls under the state’s authority and was formally included in the country’s security forces on March 8, 2018.

On November 13, 2015, Ahmed Al Jumaili – whose family had been displaced from the city of Fallujah since 2013 and was living in Baghdad – was returning to the capital with his wife after accompanying his parents to Fallujah, when he was arrested at the checkpoint controlled by the Hezbollah Brigades near the town of Khalidiya. After his arrest, he was brought to an unknown location and remains disappeared to date.

In a similar incident, on January 4, 2016, Ahmad and Mohammad Al Baghili’s family was stopped at the same checkpoint controlled by the Hezbollah Brigades, while they were fleeing the violence caused by the Islamic State in Al Qa’im, 400 km northwest of Baghdad, and trying to reach the capital. Despite the fact that the family had already passed through several checkpoints controlled by the Iraqi Army and Federal Police, the militiamen informed the father that they needed to “conduct a short investigation” on Ahmad and Mohammed, after which they would be released. Ahmad and Mohammad – who, at the time of the arrest, were respectively 21 and 18 years old – were arrested and brought to an unknown location and remain disappeared to date. Their relatives were later informed by the Al Anbar Governorate Council that they were not subject to any security concern. Their family was further informed by a former detainee that until May 2016 Ahmad Al Baghili was detained in one of the secret detention facilities run by the Hezbollah Brigades located in Jurf Sakhar, in the Babil Governorate.

A few days after the two brothers’ abduction, on January 9, 2016, retired government employee Hicham Al Hayali was also arrested by the Hezbollah Brigades at the same checkpoint. Al Hayali was returning to Mosul from Baghdad in a taxi, where he had just gone to get his monthly pension. After his arrest, the Hezbollah Brigades brought him to an unknown place, and he is still disappeared to date.

With the exception of Al Hayali’s family – who did not submit any complaints to the local authorities for fear of retaliation since they were living under the Islamic State’s control in Mosul –, following their relatives’ disappearances, the families filed several complaints with the Iraqi authorities, but they have not been provided with any official information on the victims’ fates and whereabouts.

On August 20, 2018, Alkarama and Al Wissam Humanitarian Assembly requested the urgent intervention of UN experts to call upon the Iraqi authorities to immediately release Ahmed Al Jumaili, Ahmad and Mohammad Al Baghili and Hicham Al Hayali or, at the very least, to bring them under the protection of the law and inform their relatives of their fates and whereabouts.