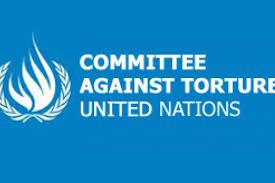 On 12 May 2017, the Committee Against Torture (CAT) published its Concluding Observations following the review of Bahrain in April. After examining the country’s report detailing its implementation of the Convention against Torture (UNCAT), in which the State insisted on the concordance of its laws with international standards, the Committee deplored the fact that these laws were not enforced in practice. The Committee further denounced the widespread use of torture in Bahrain and made numerous recommendations echoing those made by Alkarama in its shadow report submitted to the UN experts ahead of the country’s review.

The practice of torture and climate of impunity

The Committee first expressed its concern with regards to the “continued numerous and consistent allegations of widespread torture and ill-treatment of persons deprived of their liberty […] at the moment of arrest, during pre-trial detention and in prisons, in order to extract confessions or as punishment.” It further criticised the climate of impunity as illustrated by the low number of convictions for torture and the lack of severity of the sentences pronounced against perpetrators. The Committee thus recommended that Bahrain strengthen measures to prevent acts of torture and ill-treatment in all places of detention and that the State take vigorous measures to fight impunity for acts of torture by holding alleged perpetrators accountable for such acts.

Legal safeguards, between law and practice

The Committee also highlighted the discrepancy between the legal safeguards enshrined in Bahraini law and the regular disregard for them in practice. The CAT thus recommended that Bahrain take effective measures to guarantee that all detained persons are afforded in practice fundamental legal safeguards from the onset of their detention, in particular their right to be informed of the charges against them, to access to a lawyer, to medical examination and to contact a family member to inform them of their arrest.

With regards to the duration of pre-trial detention, the Committee highlighted the prolonged detention of terrorism suspects and called on Bahrain to ensure that all suspects of criminal charges be presented to a judge within 48 hours of their arrest.

The Committee called on Bahrain to ensure that competent bodies promptly and properly investigate all allegations of torture and that no court ruling be based on confessions obtained under torture.  The CAT also called on Bahrain to immediately suspend from their duties “all persons under investigation for having committed acts of torture or ill-treatment” and to ensure they remain suspended throughout the investigation.

Resumption of the death penalty

The Concluding Observations further illustrated the CAT’s concern with regards to the resumption of the application of the death penalty in Bahrain with the execution of Abbas Al Samea, Sami Mushaima and Ali Al Singace in January 2017. The CAT highlighted reports that allegations of confessions elicited under torture had not been investigated in these cases, and recommended that Bahrain re-establish a moratorium on the death penalty and consider pardon or commutation of pronounced death sentences.

Lack of independence and efficiency of national complaint mechanisms

The CAT further criticised the Bahraini national complaint mechanisms for the lack of clarity of their mandates and for their lack of independence and efficiency. The Committee therefore urged Bahrain to “ensure that all mechanisms empowered to consider complaints by pre-trial detainees and convicted prisoners in all places of detention are independent” and to “ensure that all reports of torture or ill-treatment are investigated promptly, effectively and impartially by an independent mechanism with no institutional or hierarchical connection between the investigators and the alleged perpetrators”, i.e. the Ministry of Interior.

The Committee finally highlighted the targeting, torture and reprisals against journalists and human rights defenders in Bahrain, and called for their release, since their detention constitutes a form of retaliation for their work.

Bahrain’s next periodic report is due in May 2021, however, the Committee requested that Bahrain submit a follow-up report by 12 May 2018 on the implementation of its three priority recommendations, namely:

Alkarama will be closely following up the situation of torture in Bahrain and will provide the Committee with a follow-up report assessing the implementation of these recommendations.